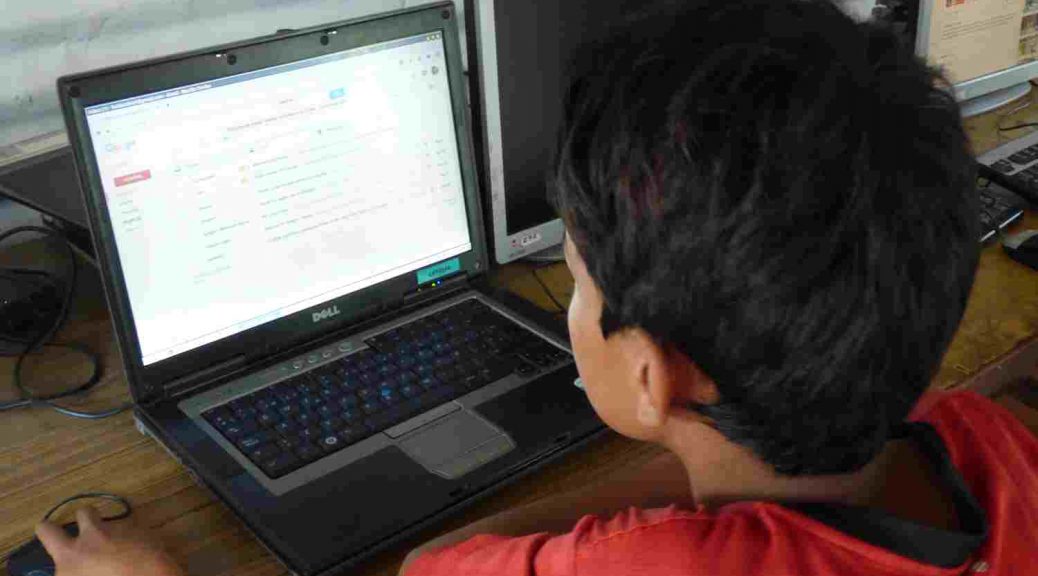 On the plane Barcelona-Nepal, an special passenger accompanied us: NEPCAT CONNECTION, a project whose main objective is the cultural exchange between Balmandir children and Catalan children, opening the door to new ways of living and understanding life by exchanging emails.

In Catalonia we have an accomplice – Glory Iniesta, teacher of the Col·legi Mestre Pla of Castellar del Vallès – who presented the project to their colleagues. All of them agreed immediately. So good! They have two classes of 5th and two 6th grade with which we started the project. So we can make four groups. Come on, let’s go!

We created an email account and divided the children into four groups, mixing them for ages, so the eldest ones can support the younger kids. It looks like an easy job, but it’s not when we start. The first day, I immediately realised that including one of the elder boys in each group was a great idea. That day, I had to start only with the two youngest children because the eldest had to study. When I said: “Come on, how can we start an email?”, I just got silence and astonished faces as answers. But persisting, in two weeks we managed to finish and send the first mail with each group. Then it was the turn of the Catalan students. Will they answer? Will it take long?

Meanwhile, we connect to google maps and begin to look at the place we are sending the emails. Children enjoy seeing the buildings and streets of Castellar del Vallès. Once we have seen the school and the houses around it and we have discovered this new Internet tool, the kids request me: “Can we see the Camp Nou?”. So “travelled” around the Camp Nou, Sagrada Familia and the sea! As if we were looking through a window.

Four weeks after landing to Nepal the project had already begun to take shape: one group had already received the first response! yuhu! And now, after eigth weeks of the arrival in Nepal, we had exchanged photos, food recipes, traditions…

We are very happy and thrilled, hoping that the trend is going to be very positive and gradually grows. It is not only an exchange of perspectives, of their day to day, of the concerns, traditions, etc. The “connection NEPCAT” wants to go further because it will also allow the group work, practice English, explore new tools to search for information, Internet tools, etc.