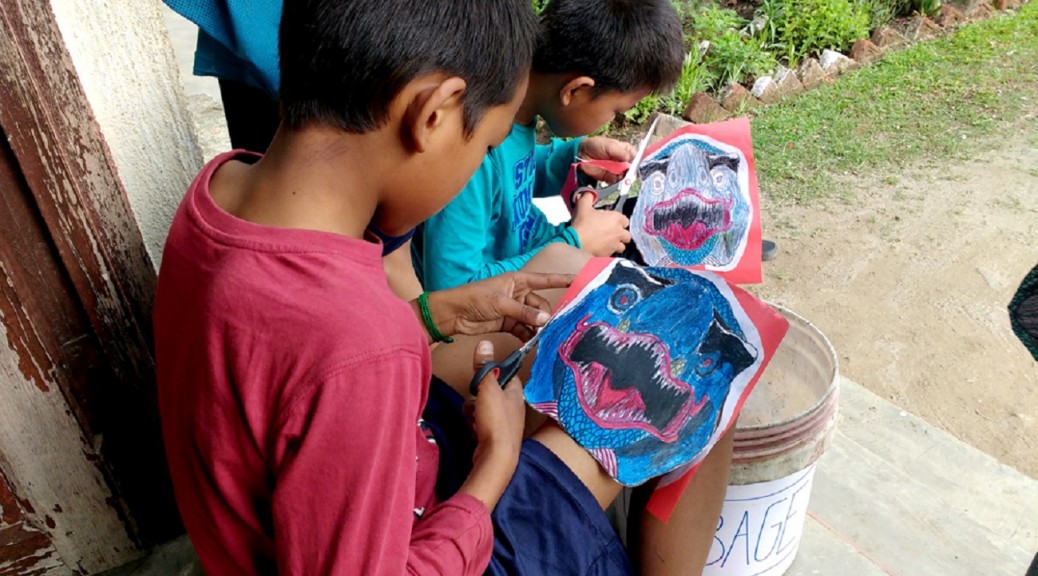 It´s been almost a month since I arrived to Balmandir and the kids started school after the April holidays. Here time flies! We all have started working with the new school year. With the younger ones in Balmandir (or not that young anymore…!), we have decided to go deep into the mysterious and unknown world of the dinosaurs. During few days the kids have discovered who those giant reptiles were: how they lived, what they were eating, which was their habitat, the different kinds and species that existed, the huge amount of years that have passed since they lived in our planet and why they were gone for good. We have colored masks of the scary Tyrannosaurus Rex, classified some of the best known dinosaur species, found out the meaning of several complicated concepts and recreated images of our favorite ones.

However… after bringing to an end all the activities we have an undeniable winner concerning the Jurassic world: Patchi, the adventurer triceratops who has won most of Balmandir children´s hearts over! If one walks around the kids rooms and common areas it’s hard to not to find hanging on the wall some drawing related to this friendly dinosaur, the main character of the documentary “Walking with dinosaurs”, such a hero to our explorers!

As we loved making small scientific and historical findings we decided to install a timeline in the study room in order to place all the things that children will learn: how the planets appear, which animals are the most ancient of the Earth, how the first humans were… But that’s for sure; Patchi and their companions will always hold an honorary place!