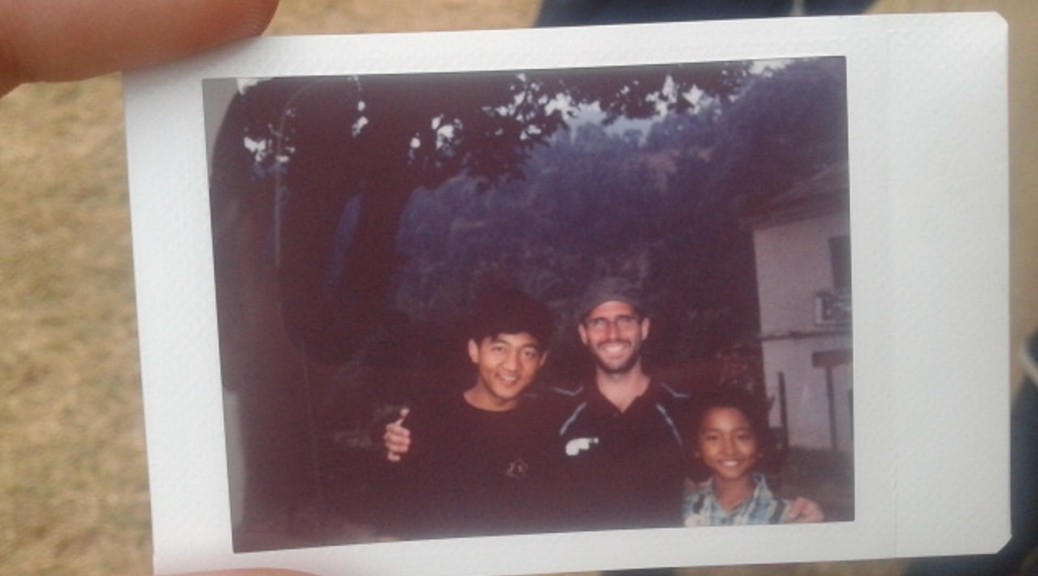 One of the kids who lived in this Siphal Children’s Home, Arjun, who is studying in class 8, a very important course, asked if he could be transferred to Bhimphedi Children’s Home. After considering this possibility with NCO (semi-governmental organization, owner of the Children’s Home of Siphal and Bhimphedi, and seven more) we conclude that the best for the welfare of this boy and his small brother, Santa, was to accept his request and transfer them to Bhimphedi.

So, once the holidays of Tihar were over, I went to pick the two brothers to take them to Bhimphedi. But of course, nothing here is so simple… First I went to the office of NCO, there they told me that they could not make the letter of transfer because the file of the two children was in the Siphal Children’s Home. So they called there and told me that the director of Siphal Children’s Home would write himself the letter, so I can go directly next day to there to pick up the letter and the kids. But I do not trust it, it seems too easy.

So, I decide to go the same day to ask to Siphal Children’s Home director if it will be so easy. Of course he says “no”, he can not write this letter, the NCO office has to send the letter to him. I say: “They told me they could not because they don’t have the children file… could you call to the office?”. He does and he agrees to send the file, then they will make the letter and send it to Siphal… But the director tells me that they don’t have any staff to send with the file to the office, so they will do it tomorrow morning first time… This is becoming complicated…

Incidentally I ask to the director to show me the last year school marksheet (the course ended in April), I have to give them to the schools Bhimphedi for registration. New surprise, they don’t have it, the school still has not prepared it… I ask what I have to do to get it… they tell me I will need another letter from another department of NCO to give to the school… my god… I think tomorrow it will not be possible to go to Bhimphedi… I request the director to call back to the office to ask them to prepare this second letter as well.

The next day, very early, I go back to Siphal Children’s Home to make sure that the file is sent to NCO office. When I arrive they say they have already sent it! The day starts well!

The officials who have to make the letters will not join for duty until 10, so in the meantime I will buy an electric heater for cooking, and give it to one of the young kids from Bhimphedi Children’s Home who  already lives in Kathmandu. It has been already one month and a half that the trade blockade started, and the kid has already run out of gas and he can not cook… So now he will be able to cook when there is electricity (in winter 12 hours a day there is no electricity). The smile of the boy when he saw the electric device, it well worth the 5€ it cost to me.

10:30 I’m going to NCO office and ask them for the letters. They make me sit. I spend two hours sitting there… They tell me that the typist today has taken leave, and the rest of staff are not very fast typing in Nepali. Finally they give me the letters, and I go walking to Siphal (transportation is more complicated than usual, it was already complicated, now there is a blockade and there is little access to petrol).

I arrive at Siphal Children’s Home, I take the elder brother and we go to his school to ask for the last year marksheets. An hour later we go out from the school with both marksheets. They have some errors, but I don’t dare to say anything, maybe it would take another half hour to fix it.

We return to the Home. Come on, come on, let’s go to Bhimphedi! Santa is not there? he is in the school… fortunately it’s very near. Arjun goes to pick his small brother, and once he change clothes, and they take all their bags we leave. After living eight years in this children’s home, they go to a new home, with new “brothers”, new “parents”, new school, new hopes, new everything. During the whole trip the elder brother is quiet with watery eyes, but every time I look at him he smiles. When I ask to the small brother if it is happy or sad for the change, he says: “Both”. They look calm, but not indifferent. Without drama but aware of the importance of this moment. I like how they are handling the situation.

After 30 minutes of taxi and 3 hours of jeep, we arrived at their new home. They are received them very well, and in a few days you would distinguish which kids are the newcomers.

Santa, who was studying in a government school is a little bit weak for the English community school, so teachers advice to put him in third class. But we see he is working hard and he is eager to remain in fourth class, with other  three boys and a girl from the Children’s Home. So we agree with teachers that we will help a lot to Santa so he can catch up in the four months left of the course. Teachers are not completely convinced, but Santa is already working hard, and always with a smile.

Ah, and three small goats have been born in the Children’s Home! The family keeps growing!