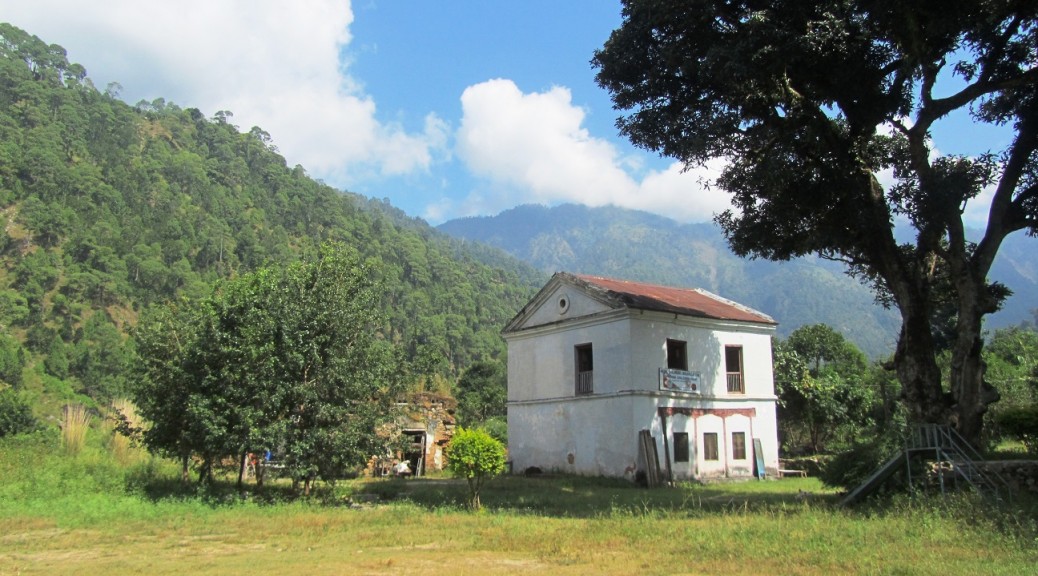 Mikel Zubiaga and Nerea Guezuraga, volunteers of Awasuka Project and Bhimphedi Children’s Home between the months of August and October:

As we told some time ago, due to the earthquakes in April and May, the building of the Rana Dynasty (1846-1951) that we have within the Children’s Home was structurally affected. It is a building built for the family who was ruler of Nepal, which has an architectural quality as few buildings in the area. After the earthquake we decided it was only going to be used as storage, at least until it was structurally intervened.

On the identification trip by the Awasuka project team in July a structural analysis of it was made and identified which is the main cause of the large cracks that appeared on the building outer walls: the roof structure had been changed at some point in the history of the building, making that the structural behaviour was not like the one that originally was designed. The diagonal bars (struts) of the trusses had been removed leaving only one diagonal in one of the trusses. Normally this was not so big problem for its stability of it in short to medium term… but the earthquake hit. So, before repairing the cracks and reinforce the walls, the first thing to do was to repair the roof structure. What at first seemed easy, putting in place the new diagonals in (marked by the previously existing ones), gave us many headaches and made us sweat a lot.

So the first thing we did was to break the floor of the attic to check on the ties and we confirmed it was indeed formed by two beams of different sizes, but fortunately the union was well done, so the tie worked as such.

The following days were spent with continuous disputes with the local carpenter we hired to do the work (Bahadur). Bahadur is a carpenter with many years of experience and we are some strangers who came to say how he had have to intervene in a historic building of his own village… You can imagine what he might think… “These people coming here to tell me how to do my job”… It was not easy to start.

We had to convince him that the new diagonals that he had initially cut were too small, so he had to repeat them with the same size than the originals. We had to convince him of the need to prop up all building heights. And finally, the most difficult was to convince him that, once we had put the diagonals, the vertical bar on the roof structure that ends at the height of tight-but should not touch it – it had to be cut at its base. “How are we going to cut it? What do they want? that the building falls on us?” he surely though.

After four days of hard work, we left the building being friends of the carpenter Bahadur, and having achieved that the structure of the roof worked correctly again.

Before, during and after the work we emptied and cleaned the building… The next step will be to repair the cracks and reinforce the walls, so that the building will be able to resist, not only the pass of time, but also future earthquakes that we hope will not happen in many years.