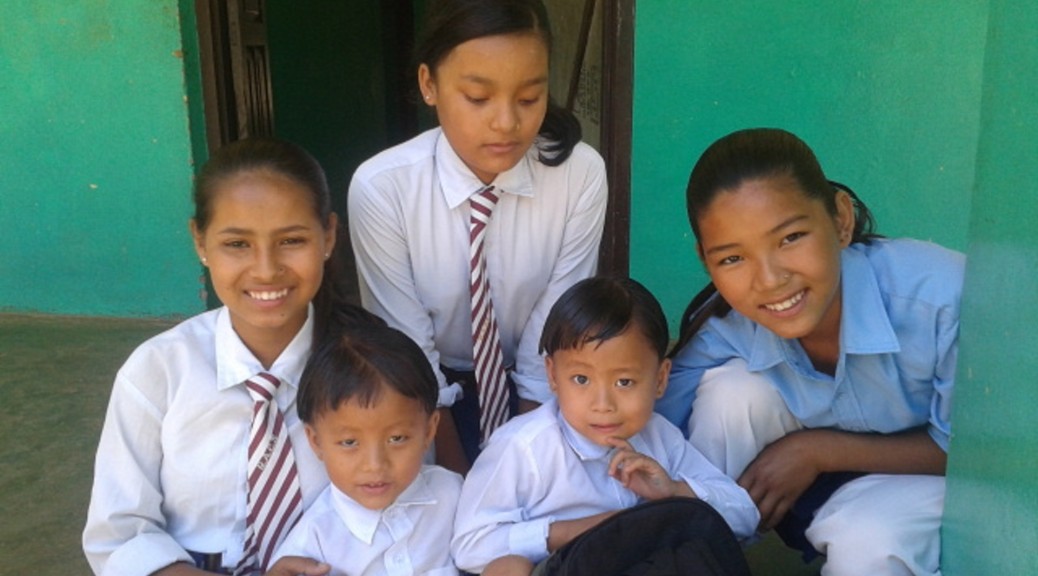 Normally April vacation last one month in Nepal. In this period they there is the Nepali New Year (2072 now), and children begin the new school course. But this year the holidays have been extended over two months due to the earthquake. Finally, however, the school has begun.

The children of the children’s home go to the community school up to 5th of primary, where they study in English. Fortunately this school has not been affected by the earthquake, and the course started normally once the government decided that classes could resume. Children from class 5 go to the government school of Bhimphedi. The school building is a historic building, one of the oldest schools of Nepal. But it has been completely damaged by the earthquake. The engineers sent by the government have labeled red all buildings, so they will be torned down and a new school will have to be built. But surely this process will take few years before it doesn’t conclude.

For now, they have built four classes made of bamboo and plastic, where the small kids classes will be held these coming rainy months (quite uncomfortable to make class…) and high school kids are using the classes that have been less affected by the earthquake (though they are pretty scary too…) All in all a rather bad situation… After the monsoon the school committee and management will have to decide where to make the classes the coming years in order to leave space empty for the demolition and construction of the new school. While the students of the school have been left without school this year has decided to wear a tie, belt and shoes. So at least now they look much more cool in their new uniform.